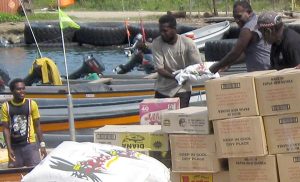 The Company’s Lihir Office Manager Patrick Labongis, presented a K15,000 cheque to Papindo Lihir for the purchase of food supplies to be distributed to the 1,053 people of Kuelam, Lakamelen and Lih villages, all on Mahur Island. “On behalf of the disaster committee and the disaster affected areas, I would like to thank MRLC for showing concern in assisting the Lihirians who are suffering from the recent drought,”

Disaster Committee Chairman Samuel Tabairuo said. Lihir has not had rain since September last year. On Mahur island, where MRL Capital’s K15,000 assistance will be received, the prolonged drought has affected the islanders’ food gardens, water sources and schools.

Health service has also been affected and while there has been an increase in the number of sick children and adults, there has been no water to administer medication said acting local level government secretary Gregory Opat.

In a situational report sent to the company for assistance, Mr Opat said: “The soil has become too dry that food and cash crops have not been able to grow well. “At Makapa Primary School, student attendance has been affected, with classes running only until lunchtime when students are sent home. “While the coastal villages of Lakamelen and Kuelam have bore water wells, the people of Lih have been traveling up and down the mountains daily to find water.”

Handover of the Lihir High School truck in May 2011.

Lihir Secondary school – Presentation of 6X PC Desktops for the computer lab for student use on the 5th of June 2015. 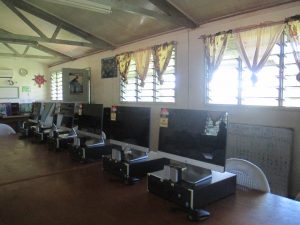 Palie Primary School- was presented a Truck for school use on the 08th of June as they requested. 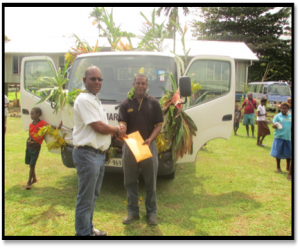 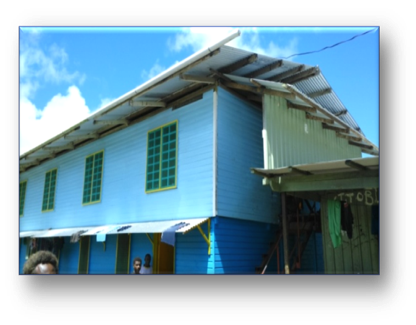 Lipuko elemantry school – Donation of a Still Chainsaw for raffle for their fundraising on the 25th June 2015. 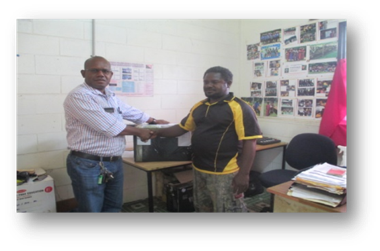 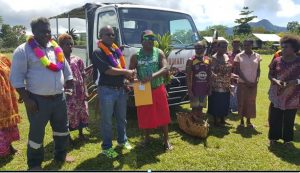 The LMEP is part of our CSO program on the island to eliminate malaria.

Below photo is from the Cairns LMEP meeting in October 2017 with Managing Director, Lawrence Rausim. 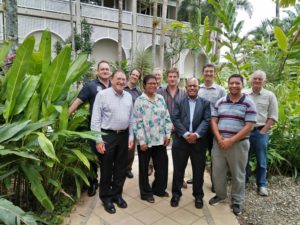 The Palie Health Center Development scheme exits to assist in upgrading the island’s critical hospital facilities. Health is an essential component of prosperity, however the status of the center is considered decrepit in most countries. Appropriate health standards and facilities are critical growth of any community. The dire circumstances and low mortality will most certainly change with the much anticipated upgrade.

The work begins includes: replacement of rusted materials, construction of new roof, installation of water tank etc. The CSO Lihir Charitable Foundation Directors and members are working tirelessly to ensure the construction of the Palie Health Center. Upgrades are due to be initiated following the approval of the scope of works and the necessary materials. 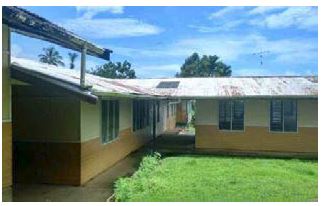 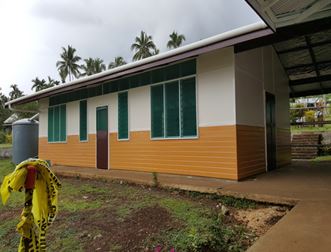 Donation of a 10 seater  (Administration Vehicle ) handed over to the Palie Health Centre sister in charge Ms Sophie Alip on the 8th of March 2015. 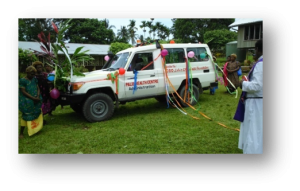 Construction of Makapa Primary School on Mahur Island project the building is yet to be completed. It is a 6 classroom building, three classrooms on the ground floor and three on the first floor project is expected to be completed towards the end of 2019. 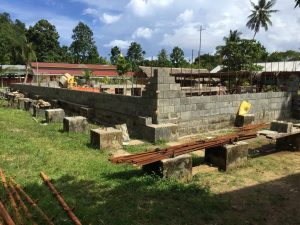 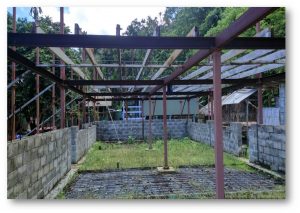