Since inception of MRL Capital’s Tertiary Education Scholarship Program in 2010, 231 applicants in total, have applied for sponsorship. Out of the 231 applicant’s that applied, 59 successfully met all the requirements and awarded scholarships, with 25 awarded to Australian institutions and 34 for PNG institutions.

Out of 59 that were awarded scholarships, 21 have successfully completed their respective programs and graduated. 14 have failed due to not meeting the required GPA, formally withdrawn from studies or their scholarships were terminated based on disciplinary issues.

The remaining 24 awardees are currently in the process of completing their respective programs.

The chart above displays the overall status of the scholars since 2010 and projected into 2015. Dashed trend lines indicate an overall increase in the graduation rate and an overall decrease in the failure rate. 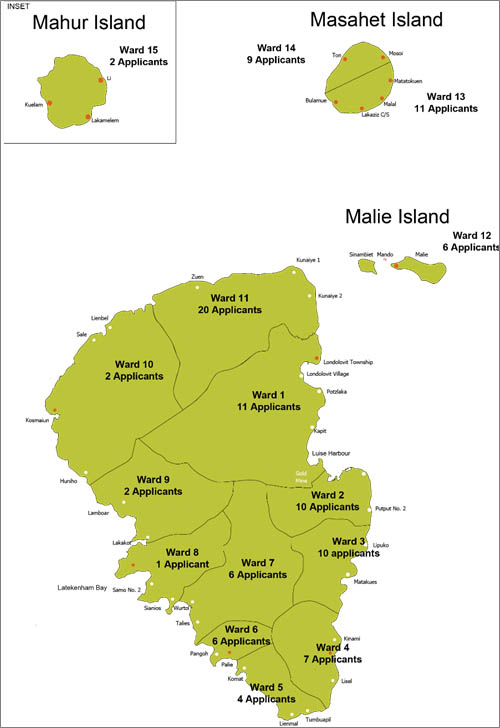 Above map of Lihir shows all applications (successful and unsuccessful) by Ward.